The award was presented to MC Assembly during a March 2013 quarterly business review held at MC Assembly’s headquarters.

“We are honored to be recognized by Doble Engineering, a known world leader in its field, and to receive its Supplier Quality Award,” Moore said. “I have challenged the MC Assembly team to find other avenues for our company to differentiate itself in support of Doble and keep the relationship strong for many years to come.” 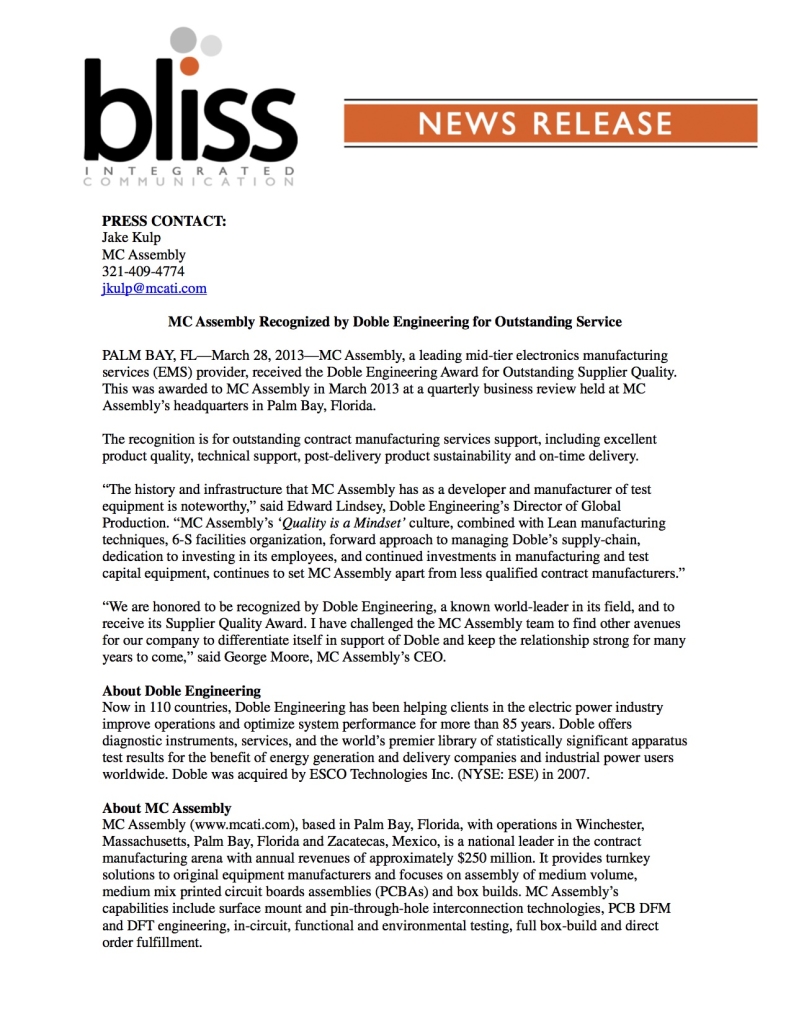